The ion transport in confined geometries is significantly different from bulk solutions. Ion Current rectification (ICR) is a phenomenon that arise due to the asymmetric charge distribution of the nanopores. We have solved Nernst-Planck, Poisson, and Navier-Stokes equations to simulate the ion transport phenomena in conical-shaped nanopores and demonstrated that the rectification is mainly due to a change in the ionic conductivity in the vicinity of the pore orifice. Negative differential resistance (NDR) is a technologically important electrical phenomenon in which electrical current decreases as an applied voltage is increased. NDR is also explained using both experimental and simulations. Moreover, we were able to show that the NDR switching potential is remarkably sensitive to the presence of Ca2+, suggesting possible applications in chemical sensing. 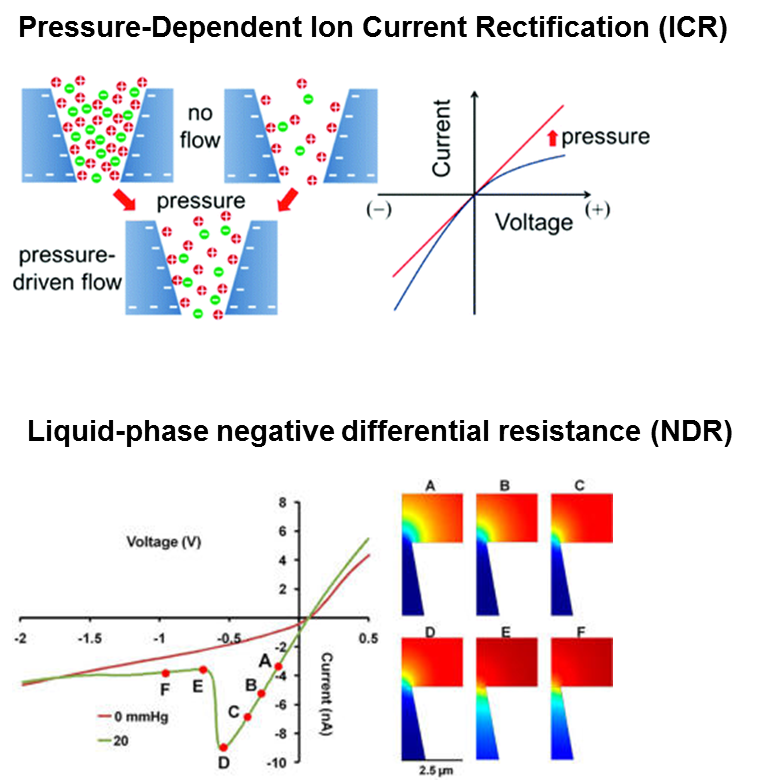