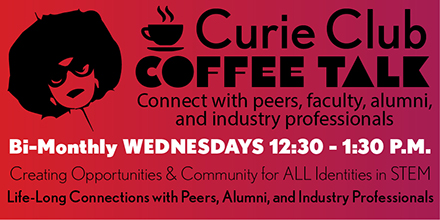 Students, Faculty, Alumni, and Professionals come together for casual conversation. 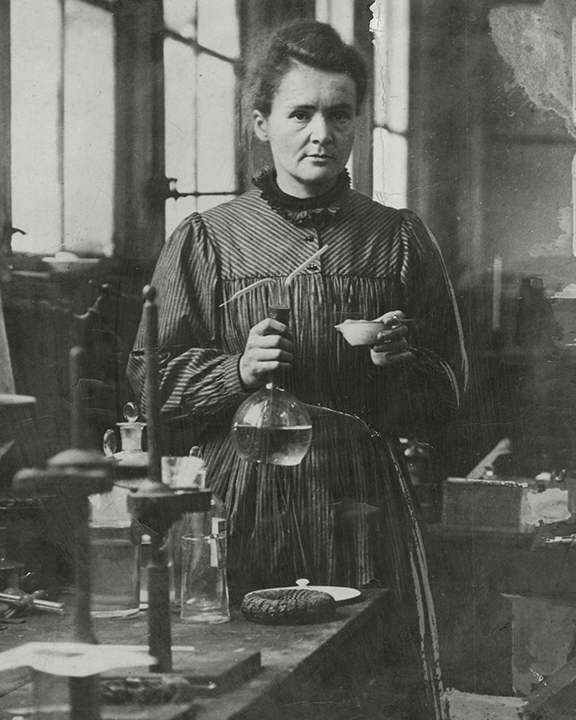 “Marie Curie is the role model for every girl who states a claim to the life of the mind.” - Eve Curie, daughter

A century ago, Marie Curie became the first scientist ever to win 2 Nobel Prizes. Her spectacular scientific career was achieved in spite of the obligations of family, extreme prejudice against women, a relentless search for research funding, and the constant battle for recognition that was her due.

Thousands of women and other historically under-represented individuals today continue to face similar struggles as young scientists, researchers, professors, and leaders in their fields.

Curie Club was founded by passionate, successful, civic-minded, and intellectually engaged women to help overcome those barriers, support women scientists and encourage more young women to pursue a life of the mind.

“Nothing in life is to be feared, it is only to be understood.” - Marie Curie

Young scientists represent the future for breakthroughs in medicine, environment, new materials, and other discoveries critical to addressing our greatest global challenges. Curie Club was founded to help ensure that all historically under-represented scientists are given the opportunity to help shape that future.

Curie Club is made up of individuals committed to the advancement of science and to creating opportunities for women to make an even greater contribution to medicine, scientific research, environmental solutions and entrepreneurial innovation.

In honor of the 100th anniversary of Marie Curie’s selection as the first woman ever to receive a Nobel Prize in Chemistry, leading women founded Curie Club to:

All interested parties are welcome to join the Curie Club. A detailed list of membership levels and benefits are located here.

Curie Club meets multiple times per year for stimulating lectures, career development support, and lively debates. High school and college age scientists are also welcome. Please lend your passion, intellect, and caring to this cause. Your involvement and support will help to inspire the next generation of women scientists whose work will shape our future.

Each member of the Club is asked to make an annual tax-deductible contribution of at least $500 to support and sustain the work of under-represented individuals in science. Our initial project will be to establish an interactive learning laboratory dedicated to Marie Curie and women scientists in the new Thatcher Biological and Biophysical Chemistry building. Curie members’ names will be prominently displayed in perpetuity for the thousands of students who must take at least one chemistry course for their degree. In return for your support, you will receive an unparalleled education on a variety of cutting scientific topics by women scientific leaders and pathfinders.

To join, please submit the pledge form to the development team.