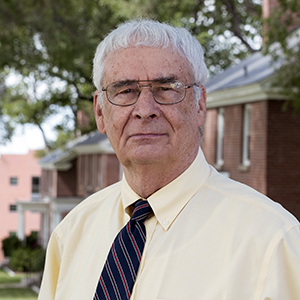 Election to NAI Fellow status is the highest professional distinction given to academic inventors who have demonstrated a spirit of “innovation in creating or facilitating outstanding inventions that have made a tangible impact on quality of life, economic development and the welfare of society,” according to NAI.

Stang’s current work explores the formation of supramolecular (multi-molecule) shapes, including 2-D and 3-D forms. This research is applicable in medicine, as complex molecules that include metallic and organic components can be used as antibiotics and in cancer therapies. It’s also applicable in nanotechnology, as supramolecular complexes can be used as nanoscale devices to store information or carry out chemical processes.

“I am surprised, honored and pleased to be elected a Fellow of the NAI,” Stang said.

Blaschke has been instrumental in advancing new technologies to improve the diagnosis and management of infectious diseases. She collaborated with BioFire Diagnostics, LLC, a University of Utah-founded biotechnology company, to develop the FilmArray System, a multiplex PCR based diagnostic test that detects and identifies bacterial and viral pathogens directly from clinical specimens. The FilmArray has been FDA approved for five different syndromic panels, including diagnostics for respiratory infection, bloodstream infection, and meningitis. Over 4000 FilmArray systems have been installed in healthcare settings across every continent in the world except Antarctica.

Blaschke has been the primary investigator or co-investigator on seven NIH grants for development of the FilmArray. She has over 50 published manuscripts, including the original manuscript describing the technology. Her current research seeks to understand the impact of new diagnostic technologies on clinical care.

“It is very exciting to be selected as an NAI Fellow and to be included with so many great scientists and inventors,” Blaschke said.

After completing both her medical and graduate degrees at the University of California, San Diego School of Medicine, Blaschke carried out a pediatric residency and fellowship in pediatric infectious diseases at the University of Utah and Primary Children’s Hospital. In addition to her research, she remains active in caring for children with infectious illness with a particular interest in serious bacterial infections such as invasive pneumococcal and staphylococcal disease.

In total, the 2019 Fellow class represents 136 research universities and governmental and non-profit research institutes worldwide and collectively hold over 3,500 issued U.S. patents. The NAI Fellows Induction Ceremony will be held on April 10, 2020, in Phoenix—a commemorative event at the Ninth Annual Meeting of the National Academy of Inventors.

Other NAI Fellows from the U include:

About the National Academy of Inventors

The National Academy of Inventors is a member organization comprising U.S. and international universities, and governmental and non-profit research institutes, with over 4,000 individual inventor members and Fellows spanning more than 250 institutions worldwide. It was founded in 2010 to recognize and encourage inventors with patents issued from the United States Patent and Trademark Office (USPTO), enhance the visibility of academic technology and innovation, encourage the disclosure of intellectual property, educate and mentor innovative students, and translate the inventions of its members to benefit society. The NAI has a close collaborative relationship with the USPTO and is one of three honorific organizations, along with the National Medals and National Inventors Hall of Fame, working closely with the USPTO on many discovery and innovation support initiatives. The NAI publishes the multidisciplinary journal Technology and Innovation. Learn more about the NAI at academyofinventors.org.