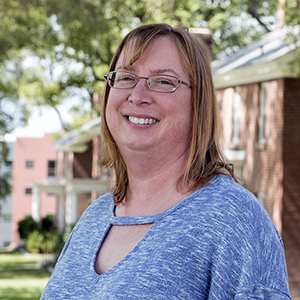 Nitrogen is the most abundant component of the atmosphere, but to be biologically or chemically useful, N2 must first be reduced to something more reactive like ammonia. Industrially, this is done via the resource-intensive Haber-Bosch process. Biologically, it’s done in some kinds of bacteria by enzymes called nitrogenases.

Shelley Minteer’s team at the University of Utah has previously used purified nitrogenases to make ammonia in electrochemical cells, which can provide the large numbers of electrons needed for the reaction. But the enzyme is oxygen-sensitive and requires adenosine triphosphate (ATP), a cellular energy-supplying molecule, to work. The need to provide ATP is cost-prohibitive for commodity chemical production, Minteer says.

So, Minteer, postdoctoral researcher Hui Chen, graduate student Fangyuan Dong, and coworkers decided to let cells do the work for them. They engineered nitrogenase into a cyanobacterium that doesn’t usually make the enzyme (Cell Rep. Phys. Sci. 2021, DOI: 10.1016/j.xcrp.2021.100444). They chose a species that doesn’t naturally fix nitrogen because they could engineer it to produce high levels of ammonia without the influence of metabolic controls that would shut down the process in a nitrogen-fixing species. The cell provides the ATP and protects the enzyme from oxygen.

Nitrogenase is a complicated, two-part enzyme that requires a number of chaperone proteins to help it fold correctly. The researchers needed to engineer 13 proteins into the cyanobacteria to produce functional nitrogenase. To complete their system, the researchers cultured the microbes and put them in an electrochemical cell along with methyl viologen, which shuttles electrons from the electrode into the cyanobacteria. Methyl viologen can cross the cell membrane and operates at the right electrochemical potential to work with nitrogenase, though it’s toxic if they add too much. In the future, they hope to get the system to work without an electron mediator, Minteer says.

With the electrochemical system, the cyanobacteria produced 173 µM NH3 in 48 h, which is 21 times as much as was produced via background nitrogen metabolism.

“Scaling of this approach is likely to be challenging,” says Paul W. King, a chemist at the National Renewable Energy Laboratory. But, he says, “it may provide a route to distributed production of ammonia to meet localized demands of small farms in rural areas where sourcing fertilizers may be challenging, or when supply chains are constrained.”

That’s also how Minteer sees the technology being used. She is working with Fulcrum Biosciences to commercialize the technology. “They’re really looking at not a direct replacement for what’s existing where Haber-Bosch is successful today, but instead looking at decentralized options—agricultural areas that can’t get ammonia today or areas where you would want to make it on site for safety reasons,” like avoiding the need for high pressure ammonia storage, she says.