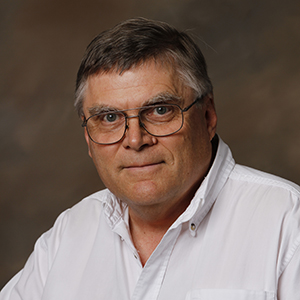 Joel is not recruiting new Ph.D. graduate students into his lab.  His research program is flourishing and supported by grants from the National Science Foundation and U.S. Department of Energy.  Undergraduates, BS/MS students, and postdoctoral associates are welcome to apply for positions in the lab.

The research of the Harris Group involves the application of spectroscopic microscopy methods to investigate the chemistry of liquid/solid interfaces. Many steps in chemical analysis (separation, preconcentration, selective detection) involve adsorption or binding of target species to chemically-modified surfaces in contact with liquids. The transport of molecules to the surface and then laterally along the interfacial plane, influences the rates of surface reactions, catalysis, and the efficiency of chemical separation processes.

There is a significant need to understand chemical structure and reaction kinetics at interfaces between liquids and solids, and the Harris lab is addressing this challenge by developing new spectroscopic imaging methods for the analysis of chemical structure and kinetics at liquid/solid interfaces. In the area of bioanalytical chemistry, membrane interfaces play a key role in the regulation of cell functioning, communication, and homeostasis, and most biosensors rely on selective binding interactions at chemically-modified surfaces. Imaging and counting of individual fluorescent molecules can report absolute molecular surface densities of both probe sites and bound analytes at a biosensor surface. This information is needed to understand the thermodynamics of surface-binding reactions. Imaging the kinetics of binding and unbinding of individual molecules at equilibrium enables measurement of interfacial reaction rates that are not limited by the rate of molecular transport to biosensor surfaces. When combined with binding isotherms, a complete picture of the kinetics of biomolecule interactions and their energetics can be developed. These concepts are being applied to studies of peptide binding to supported lipid bilayers, which are relevant to signaling peptide access to membrane-bound receptors, to intercalation of pore-forming peptides in membranes, and to the behavior of proteins at biosensor surfaces that employ planar lipid bilayers as biocompatible supports. Quantitative single-molecule imaging is also being adapted to measuring equilibria and kinetics of DNA hybridization. In addition to fundamental studies, single-molecule imaging can also serve as an analytical method that enables detection of very low concentrations of target DNA in samples. The small fraction (< 10-6) of DNA probe binding sites occupied with bound analyte at the limit of detection yields a powerful method for determining extremely low (sub-zeptomol) levels of target DNA in a sample.

Despite the ability of fluorescence imaging to report biorecognition association kinetics at the single-molecule level, labeling of biomolecules for fluorescence detection adds time and cost in sample preparation; furthermore, labels can contribute to the measured interactions. Spectroscopic detection of biorecognition could benefit from an alternative approach that is both label-free and structurally informative. During the past 5 years, the Harris lab has employed confocal Raman microscopy to report vibrational spectra of solutes within individual chromatographic silica particles to investigate interfacial chemistry relevant to reversed-phase separations. The high surface area of chromatographic silica (>100m2/g) provides “surface-area enhancement” that allow fractions of monolayers to be detected by otherwise unenhanced Raman scattering. To adapt this strategy to bioassay applications, the Harris lab recently demonstrated that supported-lipid bilayers can be deposited onto the interior surfaces of wide-pore chromatographic silica and used as protein-repellent supports for biosensing applications. In a recent landmark paper, the Harris group reported the application these pore-supported bilayers for confocal Raman microscopy detection of the selective binding of a lectin signaling protein to a glycolipid immobilized in a pore-supported lipid bilayer. Using Raman scattering from the supported-lipid bilayer as an internal-standard, the scattering from accumulated protein could be interpreted quantitatively to determine its absolute surface coverage on the lipid bilayer, where the stoichiometry of protein-ligand binding was found to be 1:1, in contrast to speculation in the literature.  Raman microscopy of supported phospholipid bilayers in high surface-area support particles was shown to be a promising approach for in situ, label-free, quantitative, and structurally-informative investigations of lipid bilayer-localized protein-ligand interactions.