Judy Zhu (HBS '15) is first author on the current cover article of The Journal of Organic Chemistry. The paper is based on her undergraduate honors thesis, covering the pH dependency of 5-guanidinohydantoin, important in research around DNA damage and resulting diseases.

Judy is currently spending a gap year in Cindy Burrows' lab, then plans to pursue an MD, PhD, or both. Congratulations Judy! 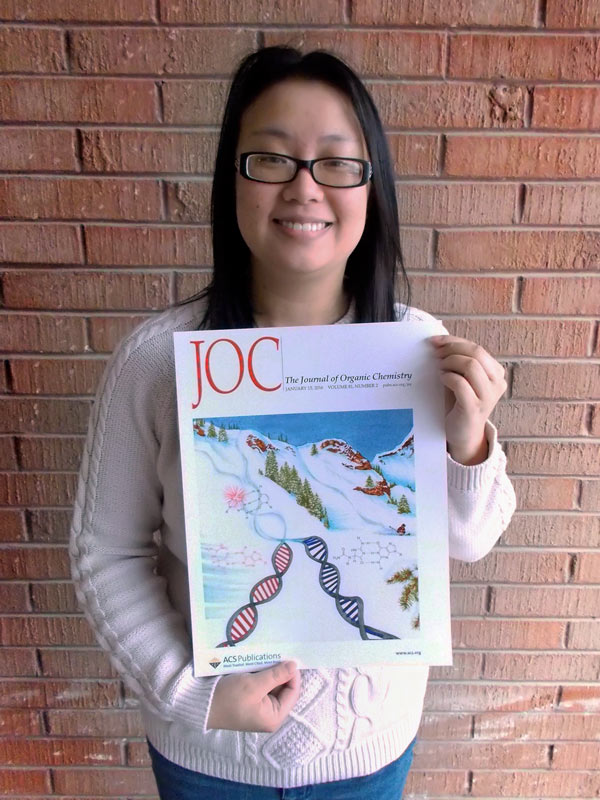 Four-electron oxidation of 2′-deoxyguanosine (dG) yields 5-guanidinohydantoin (dGh) as a product. Previously, we hypothesized that dGh could isomerize to iminoallantoin (dIa) via a mechanism similar to the isomerization of allantoin. The isomerization reaction was monitored by HPLC and found to be pH dependent with a transition pH = 10.1 in which dGh was favored at low pH and dIa was favored at high pH. The structures for these isomers were confirmed by UV–vis, MS, and 1H and 13C NMR. Additionally, the UV–vis and NMR experimental results are supported by density functional theory calculations. A mechanism is proposed to support the pH dependency of the isomerization reaction. Next, we noted the hydantoin ring of dGh mimics thymine, while the iminohydantoin ring of dIa mimics cytosine; consequently, a dGh/dIa site was synthesized in a DNA template strand, and standing start primer extension studies were conducted with Klenow fragment exo–. The dATP/dGTP insertion ratio opposite the dGh/dIa site as a function of pH was evaluated from pH 6.5–9.0. At pH 6.5, only dATP was inserted, but as the pH increased to 9.0, the amount of dGTP insertion steadily increased. This observation supports dGh to dIa isomerization in DNA with a transition pH of ∼8.2. 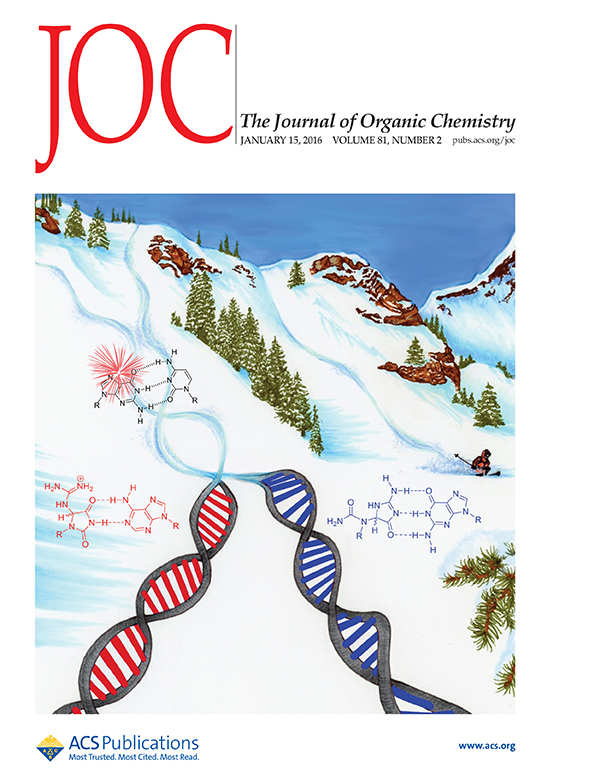