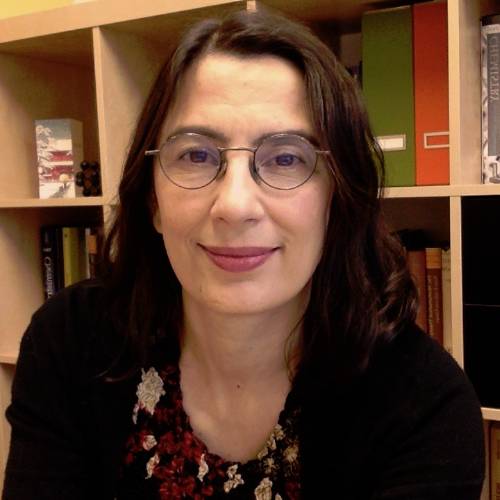 A paper by chemistry professor Valeria Molinero and her collaborators, published in Proceedings of the National Academy of Sciences in November 2019, has been honored with a Cozzarelli Prize, one of six awarded annually by the journal to papers “of outstanding scientific quality and originality.” The paper explores the smallest limits of ice, discovering that ice can’t form in nanodroplets smaller than about 90 molecules of water, or around two nanometers in diameter. At this size, and when cooled slowly, the water oscillates back and forth between a solid and a liquid, something we don’t see at the scales we’re familiar with. Read more about the study here.

The Cozzarelli Prize in named in honor of the late Nicholas R. Cozzarelli, former editor-in-chief of PNAS. Awardees will be recognized at the National Academy of Sciences Annual Meeting in April 2020 in Washington, DC.