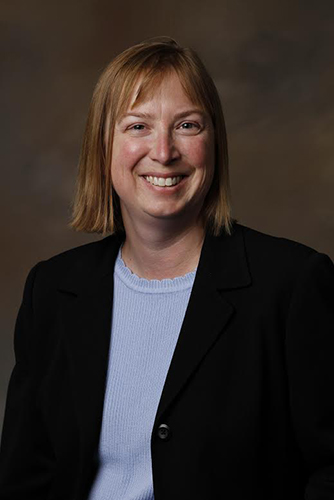 From a young age, Utah Science Technology and Research initiative’s (USTAR) professor in the Departments of Chemistry, Materials Science and Engineering at the University of Utah (U of U), Shelley Minteer knew that she wanted to become a mathematician or a scientist.

More drawn to math at first, she jokingly described her dad as relieved when she decided to pursue the sciences.

“I think my dad was worried about what a mathematician could do besides teach,” said Minteer.

This misperception about math and potential career paths is common. However, math is fundamental to all sciences and engineering, and is the foundation upon which everything is built. Therefore, knowing math opens doors to a variety of paths, in a wide range of sciences. Look no further than Minteer’s example.

Minteer attended the Illinois Math and Science Academy for high school, a residential high school that focuses on preparing young people for careers in math and science. Having a deep interest in all things math, science and engineering, Minteer was able to explore those interests and was inspired to become a chemist by what she described as two phenomenal chemistry teachers.

“Math came easier to me than the biological sciences,” said Minteer. “If I can put numbers and equations around things, they make sense to me. A lot of the biology taught in high school is without the equations, so that was more of a challenge for me.”

Not so challenging, however, as time would tell.

Minteer is now an internationally recognized expert in the areas of biofuel cells, biosensors and bio-solar cells. Before coming to Utah to lead the USTAR Alternative Energy Cluster at the U of U, she was a faculty member at Saint Louis University where her research in enzyme immobilization led to her co-founding Akermin, Inc., which is developing a solution to efficiently remove carbon dioxide from industrial gas streams using biocatalysis and nanotechnology.

A Utah resident for three years, she is currently leading the USTAR Alternative Energy Cluster at the U of U, and teaches a variety of undergraduate and graduate level courses in the fields of chemistry and material science and engineering.

The Minteer Research Group at the U of U is studying bioelectrocatalysis, the biological catalysis of electrochemical processes. The group learns lessons from observing how living systems produce and consume fuels. The processes in biology are highly efficient, and Minteer said they are trying to mimic that same efficiency.

Research aside, Minteer splits her time between The Minteer Research Group and teaching courses. She is happily settled in Utah, and is still basking in the landscape contrast between here and where she grew up in the Midwest.

“As I’m driving to work every day, I think ‘am I ever going to think that these mountains aren’t the most beautiful thing I’ve ever seen?”