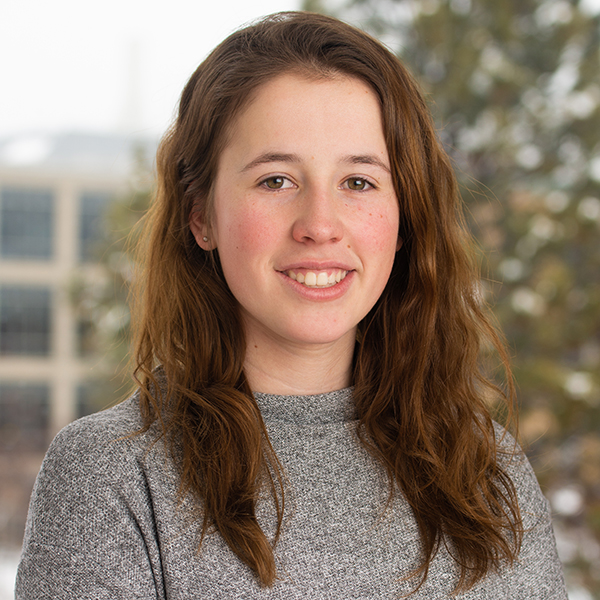 Lydia Fries has been awarded a Goldwater Scholarship for 2020-21. As a junior in chemistry, Lydia intends to obtain a Ph.D. in either organic chemistry or electrochemistry. She has done research in both Matt Sigman’s and Shelley Minteer’s groups, and Lydia is an author on two papers with both professors. She has worked on a variety of projects involving electrochemistry, palladium catalysis, and computationally focused projects. As an undergraduate she enrolls in many graduate-level courses and is a Teaching Assistant for Organic Spectroscopy I. Lydia was accepted to REU programs this summer, but has committed to an internship at Genentech and hopes that the current pandemic will have subsided by the time her internship is to begin mid-May.

With encouragement from high school teachers, Lydia followed her passion and her strong aptitude for STEM subjects, and ignored the warnings from her broader community that she shouldn’t pursue such an expensive and “useless” degree. She followed her heart and her brain to the University of Utah where she landed in the ACCESS program and was immediately surrounded by many intelligent and motivated women.

In addition to her studies, Lydia enjoys rock climbing and spending time outdoors, and is currently staying at safe at home in St. George. 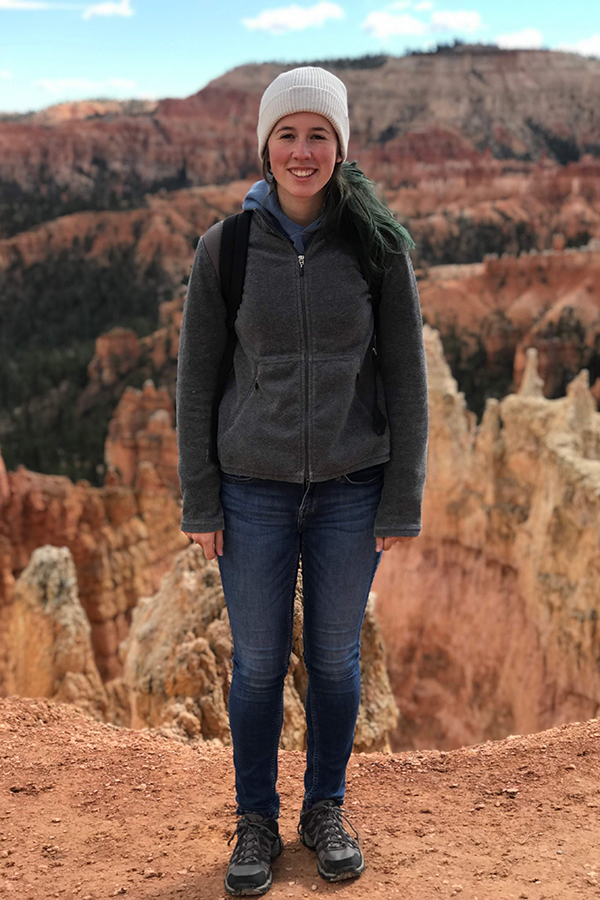 As the result of a partnership with the Department of Defense National Defense Education Programs (NDEP), Mrs. Peggy Goldwater Clay, Chair of the Board of Trustees of the Barry Goldwater Scholarship and Excellence in Education Foundation, announced that the Trustees of the Goldwater Board have increased the number of Goldwater scholarships it has awarded for the 2020-2021 academic year to 396 college students from across the United States. “As it is vitally important that the Nation ensures that it has the scientific talent it needs to maintain its global competitiveness and security, we saw partnering with the Goldwater Foundation as a way to help ensure the U.S. is developing this talent,” said Dr. Jagadeesh Pamulapati, Director of the NDEP program, as he explained the partnership. With the 2020 awards, this brings the number of scholarships awarded since 1989 by the Goldwater Foundation to 9047 and a scholarship total to over $71M.

From an estimated pool of over 5,000 college sophomores and juniors, 1343 natural science, engineering and mathematics students were nominated by 461 academic institutions to compete for the 2020 Goldwater scholarships. Of students who reported, 191 of the Scholars are men, 203 are women, and virtually all intend to obtain a Ph.D. as their highest degree objective. Fifty Scholars are mathematics and computer science majors, 287 are majoring in the natural sciences, and 59 are majoring in engineering. Many of the Scholars have published their research in leading journals and have presented their work at professional society conferences.

The Goldwater Foundation is a federally endowed agency established by Public Law 99-661 on November 14, 1986. The Scholarship Program honoring Senator Barry Goldwater was designed to foster and encourage outstanding students to pursue research careers in the fields of the natural sciences, engineering, and mathematics. The Goldwater Scholarship is the preeminent undergraduate award of its type in these fields.