Climbing to the top - C&EN's Talented 12 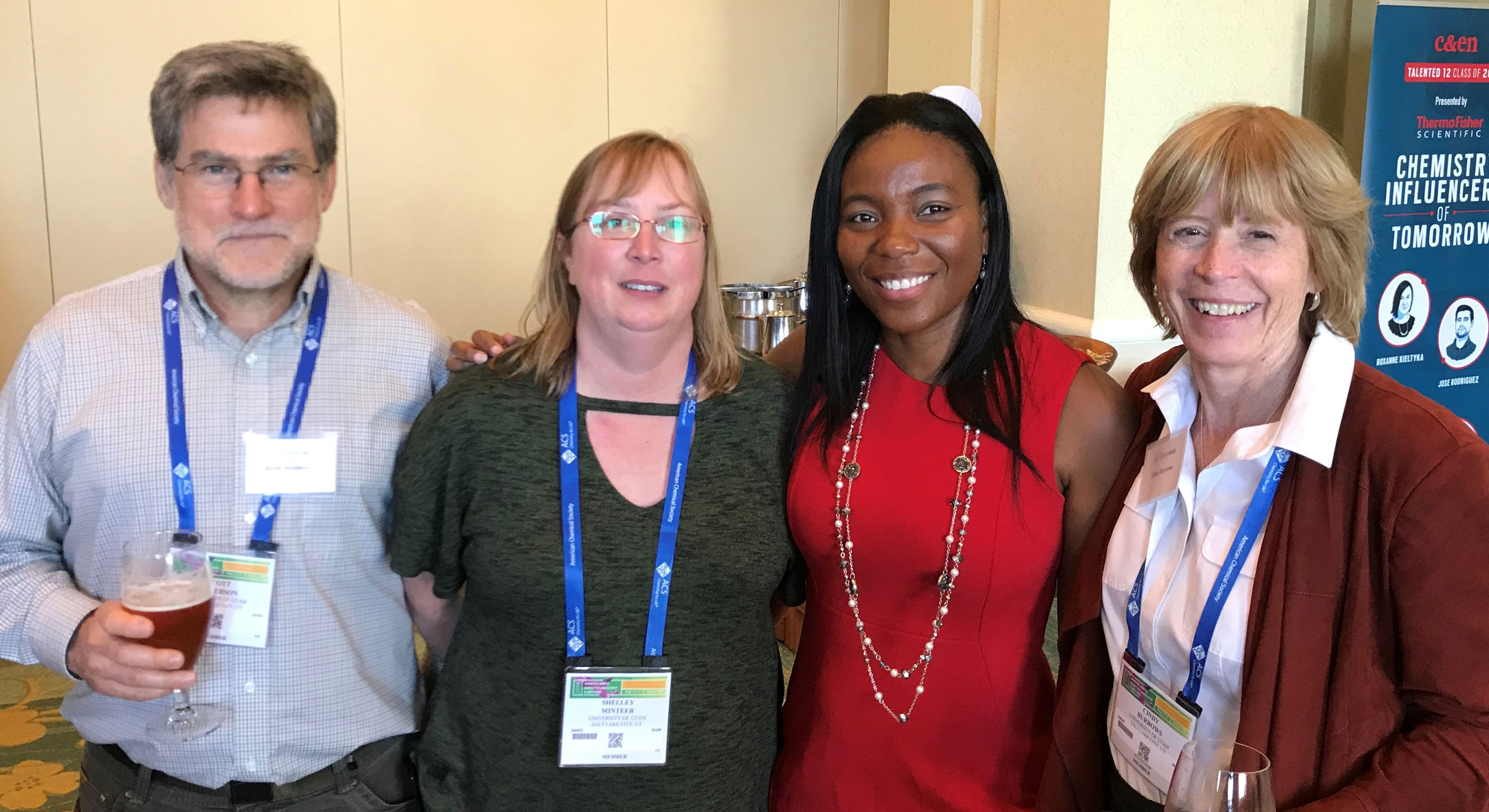 Last month, Professor Luisa Whittaker-Brooks was named one of C&EN's Talented 12 young scholars during the Fall 2018 ACS national meeting in Boston, giving a TED talk that morning and participating in an award celebration later in the afternoon (pictured right). Whittaker-Brooks, aptly-named a "sustainability powerhouse" by C&EN, earned her spot among 11 other bright chemists for her research in finding alternative ways to provide power. In her profile published by C&EN, she talks about her home country of Panama and how most of their power is provided by hydroelectric dams. But dependence on riverways can be unstable in Panama, and that threat is growing. "In Panama, basically our rivers are drying up," she says. "And that made me think about how I can use other types of alternative energies."

Whittaker-Brooks' team is investigating the energy-storing behavior of two-dimensional metal chalcogenides, such as titanium sulfide, that could be incorporated into a power source to collect energy harvested from a perovskite solar cell. Such a device could continue delivering power even when the sun's down. Her group is also developing materials that generate electrical energy from heat, potentially providing another power source that works in the dark. Ultimately, the team's goal is to bring all these materials together in a single device to deliver uninterrupted, sustainable energy. Congratulations Luisa!