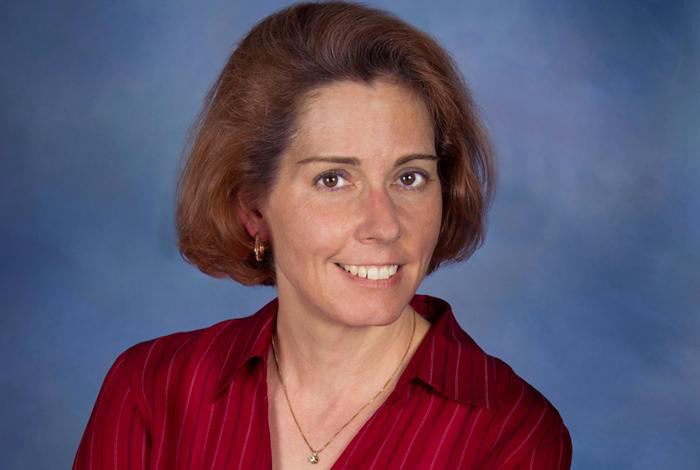 University of Utah alumna and Los Alamos National Laboratory scientist Jaqueline L. Kiplinger has been selected as the 2015 recipient of the F. Albert Cotton Award in Synthetic Inorganic Chemistry, sponsored by the F. Albert Cotton Endowment Fund. Kiplinger earned her doctorate in organometallic fluorocarbon chemistry from the University of Utah with Professor Tom Richmond in 1996.

“To be nominated and selected for the Cotton Award by my American Chemical Society colleagues is such an extraordinary honor,” Kiplinger said. “I have found so much joy in actinide chemistry research, both in advancing fundamental knowledge for the nation, and in training future generations of scientists.”

The award recognizes outstanding synthetic accomplishment in the field of inorganic chemistry. A formal announcement of the names of the 2015 ACS National Award Recipients is in the August 11 issue of Chemical & Engineering News. The American Chemical Society will present her with the award at the Society’s 249th ACS National Meeting in Denver, Colorado on Tuesday, March 24, 2015.

Kiplinger was honored for her work in establishing synthetic routes to novel uranium and thorium compounds that have opened new frontiers in understanding the nature of bonding and reactivity in actinides.

“Collaborations have been critical to my success, and I have been privileged to work with many talented and motivated staff, post doctorates and students who have helped me advance this experimentally challenging area of chemistry; none of these discoveries would have been made without them,” said Kiplinger.

Currently, Kiplinger is a member of the Materials Synthesis and Integrated Devices group within the Materials Physics and Applications Division at Los Alamos. This is the second national-level American Chemical Society award she has received; the first being the Nobel Laureate Signature Award for Graduate Education in Chemistry in 1998.

She is internationally recognized as a scientific leader in actinide and lanthanide chemistry and is a Fellow of the American Association for the Advancement of Science and the Royal Society of Chemistry. She has published nearly 80 journal articles and has received more than 2100 citations.  In addition to discovering new actinide reactivity patterns and bonding motifs, Kiplinger developed inexpensive, simple and safe techniques to make thorium and uranium halide starting materials, which has been critical to advancing the synthetic and mechanistic chemistry of these important elements and for understanding their behavior in a variety of applications.

Kiplinger’s novel synthetic approaches have led to the systematic isolation of entirely new classes of molecular uranium and thorium complexes. In other work, she pioneered the use of copper and gold reagents as one-electron oxidants for actinide compounds and designed a photochemical synthesis that established the first-ever evidence for the formation of a uranium complex that contains a terminal uranium-nitrogen triple bond.

The breadth and depth of her accomplishments can be seen by her numerous professional publications, invitations to contribute to prestigious monographs and review articles, and plenary lectures at international conferences in the field. At the Laboratory, Kiplinger has received a 2007 Los Alamos safety and security STAR Award, a 2008 Los Alamos Fellows Prize for Research, two R&D 100 Awards in 2011 and 2012, three Pollution Prevention Awards and two prestigious National Nuclear Security Administration Best-in-Class Pollution Prevention Awards in 2010 and 2012.

Kiplinger’s scientific achievements have been paralleled by her dedication to the Laboratory. She has worked to further Laboratory programs in a variety of areas, and she has mentored many young researchers who have gone on to accomplish significant scientific achievements. Her excellence in mentoring students and postdocs has been recognized by a Laboratory Student Distinguished Mentor Award in 2010 and a Postdoc Distinguished Mentor Award earlier this year.

Additionally, Kiplinger has served the American Chemical Society with distinction. She served as an alternate councilor for the ACS’s Division of Inorganic Chemistry from 2009-2011, on the Editorial Board for the ACS journal Organometallics from 2010-2012, and most recently as the chair-elect and chairwoman for the Organometallic Chemistry Subdivision in the ACS’s Division of Inorganic Chemistry. This past year, she was invited as the only national laboratory participant in the 2013-2014 Organometallics Roundtable. At this second edition of the biennial event, a panel of seventeen experts from academia, industry and government laboratories shared their thoughts on a variety of matters important to the chemistry community and international readership of Organometallics.