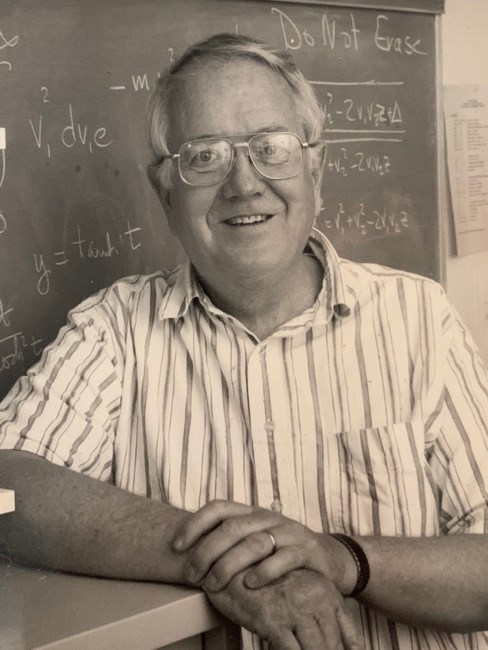 Douglas Henderson passed away of cancer on September 25, 2020. He was the son of Donald Ross Henderson and Evelyn Louise Scott and was born in Calgary, Alberta, Canada on July 28, 1934. His family moved to Vancouver, British Columbia when he was 9 and it was there that he grew up. He attended high school in Vancouver and obtained his undergraduate degree in mathematics in 1956 from the University of British Columbia.

Doug pursued his graduate education at the University of Utah, where he obtained a doctoral degree in physics under Henry Eyring in 1961. He and Henry Eyring developed a long friendship; they collaborated in the writing of several books. In fact, one of their books was Henry Eyring’s last publication. In the course of his work with Eyring, Doug developed a lifelong interest in the interfaces between mathematics, physics, chemistry, and biophysics.

His work was highly regarded. He was an international leader in the theory of liquids. His pioneering work and breakthroughs during the past 60 years have defined areas of research for liquids, solutions, and electrolytes. His first major contribution, in 1967 with Australian researcher John Barker, concerned the perturbation theory of fluids. A second major contribution was an integral equation for liquid-solid interfaces. Doug is the author of 500 scientific articles, including one in Scientific American, and 62 major reviews in the field of statistical mechanics. He won two awards from IBM for his research. He was a Fellow of the American Physical Society, the Institute of Physics, the American Institute of Chemists, and the Royal Society of Chemistry. He received the Alfred P. Sloan Foundation Fellowship (1964 & 1966) and a John Guggenheim Fellowship (1997). In 1999, he was awarded the prestigious Joel Henry Hildebrand National American Chemical Society Award in the Theoretical and Experimental Chemistry of Liquids.

He served a mission for the LDS Church in South Africa, serving in and around Johannesburg and Capetown. It was in South Africa that he met Rose-Marie Steen-Nielssen. They were married in the Salt Lake LDS Temple in 1960. They had three daughters, Barbara Davis (Rod) of Orem, UT, Dianne Lowrey (Bill) of Morgan Hill, CA, and Sharon Matt (Ed) of Park City, UT and eight grandchildren and one great-grandchild. He loved and was proud of his family. He was predeceased by his parents and is survived by his wife, Rose-Marie, and his children, grandchildren, and great-grandchild. Doug was a faithful member of the Church of Jesus Christ of Latter-Day Saints and was a high priest. He served in several bishoprics.