Humans of the U: Craig Hanson

Read the recent Humans of the U story featuring Craig Hanson, former Student Veteran of the Year and TA of the Year for the Department of Chemistry:

“When I first came to the U, I didn’t have much discipline or respect for myself or others. I was fortunate enough to find both in the Navy and Marine Corps. After a year I realized I wasn’t quite ready for college even though I was a pretty good student in high school. So, I left.

I was looking for a challenge and became a certified commercial diver and a diver medic. I didn’t know then the combination of deep water and medicine was foreshadowing my future and what would make me who I am today. I joined the Navy in 2010 and became a corpsman. I really engaged with my training and became a distinguished graduate from both the Navy Hospital Corps School in Great Lakes, Illinois, and Field Medical Service School at Camp Pendleton, California. 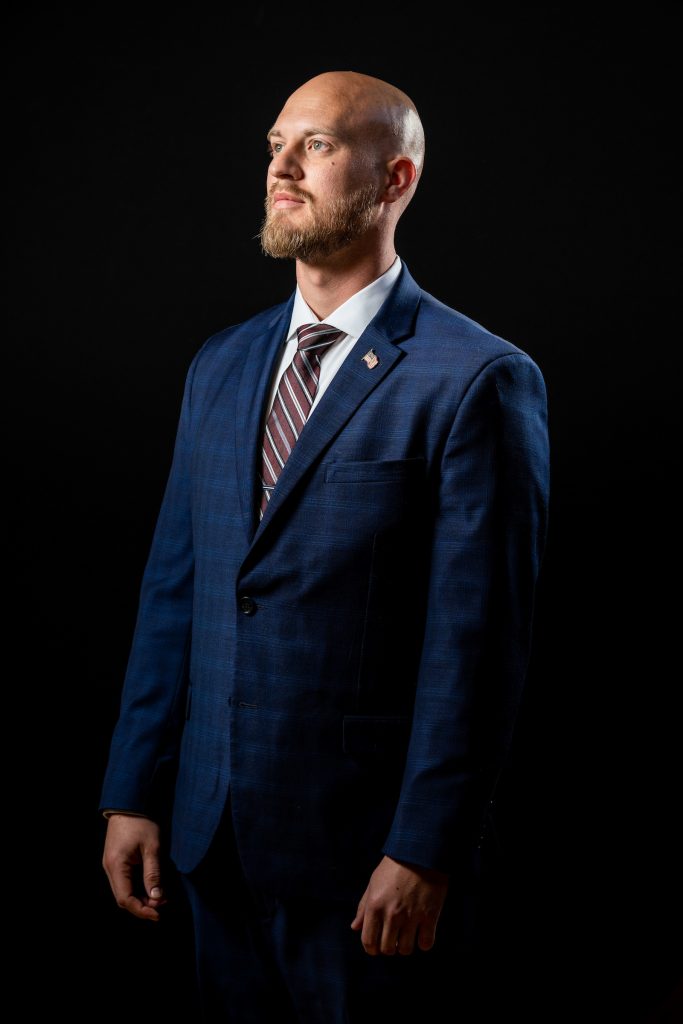 In 2011, I was assigned to Golf Company “Joker” Second Platoon in 2nd Battalion, 4th Marine Regiment–The Magnificent Bastards–at Camp Pendleton. A month later I was deployed to Afghanistan. My Marines—who I miss all the time—called me “Doc.” We were assigned to an isolated Forward Operating Base in a notoriously dangerous area of operation in the mountainous area of the Helmand Province.

My platoon and I conducted hundreds of dismounted patrols over a seven-month period. In that time, I treated both wounded Marines and countless local nationals-even saving the life of a wounded enemy combatant. And I had the privilege of teaching first aid techniques to Afghan soldiers. Passing my knowledge on to them.

After my two-and-a-half-year tour I realized I had found my passion for medicine. I returned to the U in 2015 and majored in biology with minor in chemistry. Because of my background in emergency medicine, I’ve looked largely at continuing that training and would like to become a trauma surgeon. That being said, I know enough about medicine to know that I’ve barely grazed the surface and am still keeping an open mind about the exact course in medicine I’ll be taking.”