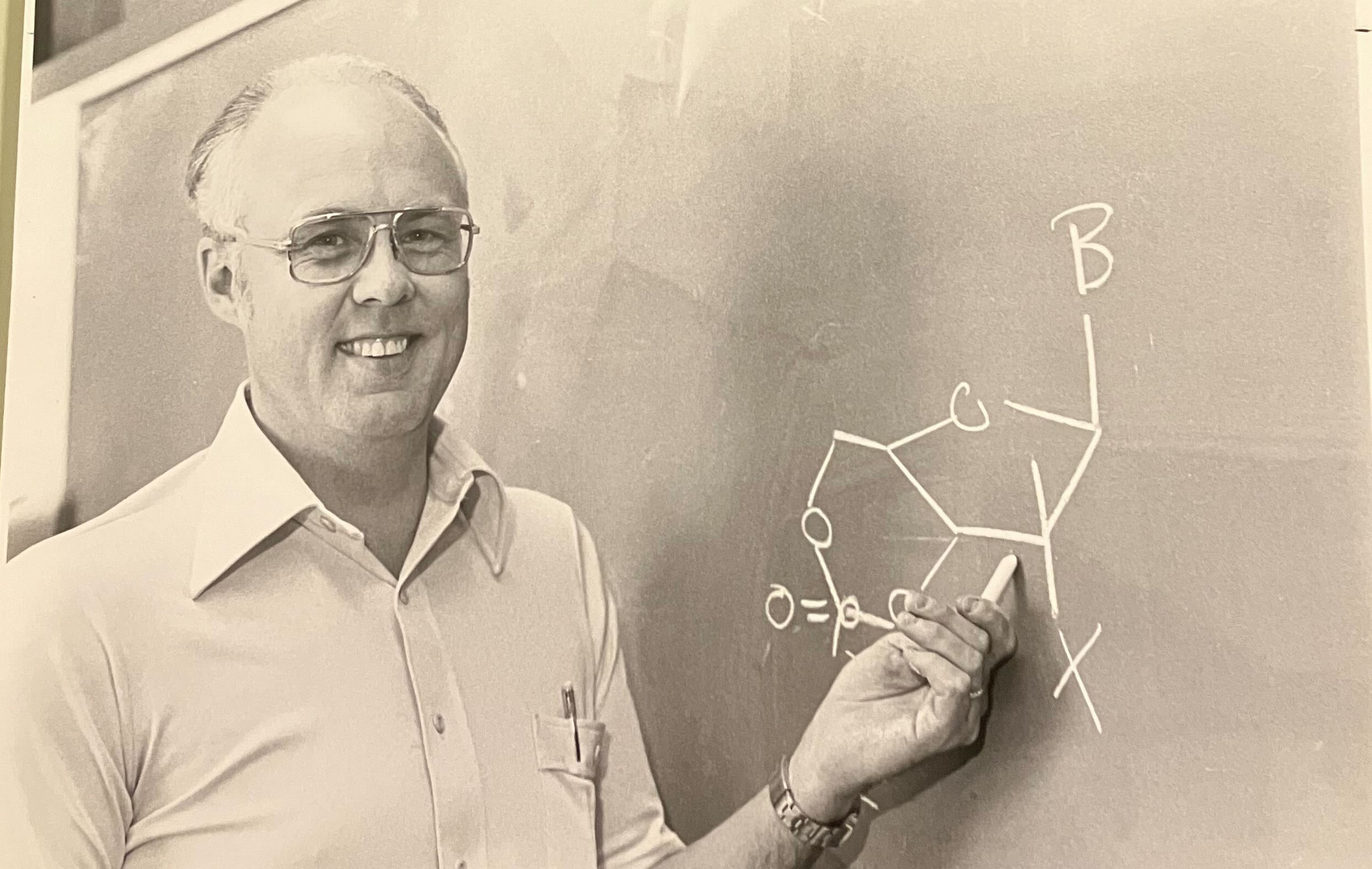 We are sad to report the news that our Emeritus Faculty colleague, Wesley G. Bentrude, passed away on October 4.  Prior to joining the faculty of the Department of Chemistry at Utah in 1964, Wes earned a Ph.D. at the University of Illinois Urbana-Champaign, spent two years working as a Research Chemist at Celanese, followed by a year of postdoctoral research at the University of Pittsburgh.

Wes initiated and directed a well-funded research program in organophosphorus chemistry and remained highly productive throughout his career.  He taught large numbers of students enrolled in the sophomore organic chemistry courses, as well as in advanced graduate organic chemistry courses. Wes’s former students and postdocs have continued to benefit from the education and mentoring that they received from Wes while they were at Utah and have enjoyed successful careers in chemistry. During his tenure on the faculty at Utah, Wes received many awards, including an Alexander von Humboldt Fellowship, a University of Utah David P. Gardner Fellowship, the Distinguished Service Award of the Utah Academy of Science, the Robert W. Parry Teaching Award, and the University of Utah Distinguished Research Award. Wes retired from the regular faculty ranks in 2002 and was appointed Emeritus Professor of Chemistry.

Wes Bentrude was beloved by his faculty colleagues and former students alike. Upon hearing of his passing, several of them sent tributes for us to share: 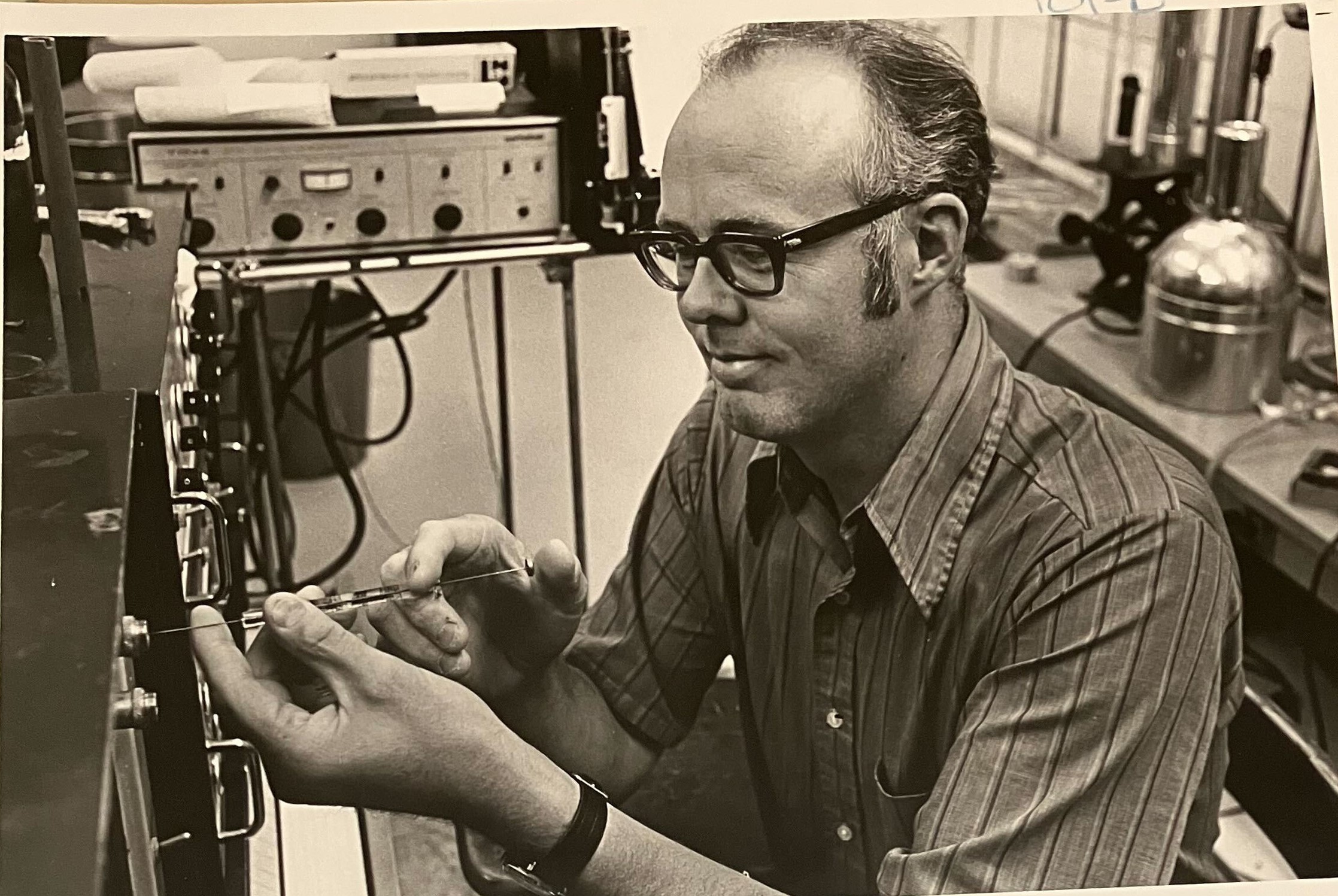 “I knew Wesley George (that is what I called him) since starting my career as an Assistant Professor in 1971. My first office was near his, so I had many occasions to discuss chemistry, teaching, and life with him and his group members. Wes was a great chemist and educator but, most importantly, he was a gentle soul and a wonderful human being. His calm and kind presence within the Chemistry Department will be missed.” 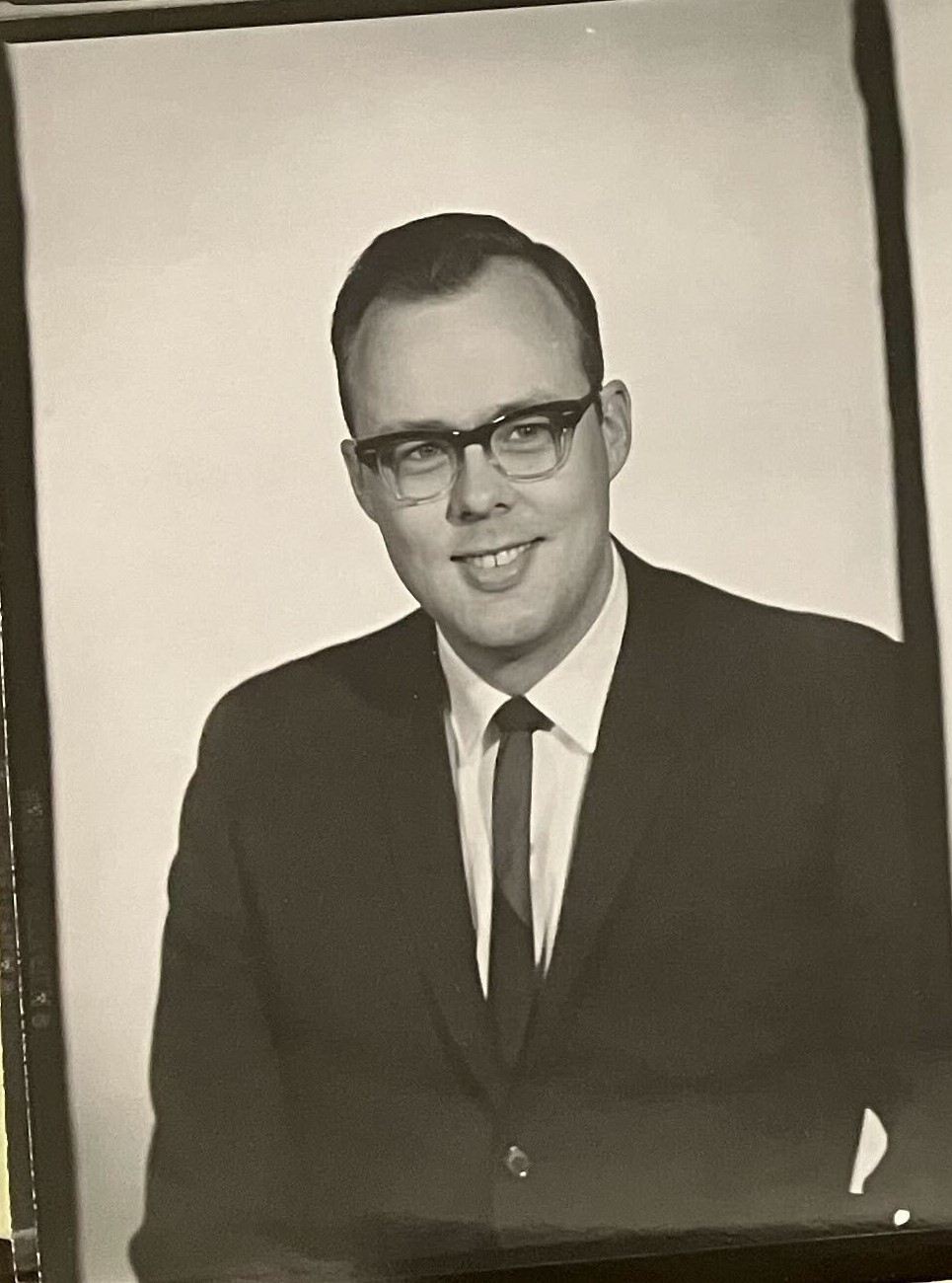 “Wesley G. Bentrude was an outstanding organic chemist and a wonderful human being and good friend. He was an expert in Phosphorus chemistry, well admired by the chemical community. He made many significant contributions to the field that were much appreciated by his peers.

He was also a well -regarded colleague and member of the chemistry department. His research group was very appreciative of his mentoring and leadership and collegiality. He was able to get good positions for his Ph.D. students, mostly in industry, due to his connections and own early experience in industry before joining academia in Utah. His faculty colleagues also appreciated his outstanding department citizenship, dedication, and contributions to the department as it was rapidly growing and evolving into a major internationally-recognized department.

Wes was also a caring, concerned personal friend, and he and I had many pleasant discussions. Moreover, a group of then young junior faculty and some senior colleagues like Cheves Walling, and Wes often went to lunch together to the student cafeteria in the R. Olpin Student Union Building and discussed daily “politics” as well as campus events. Wes is also to a significant extent responsible for me getting tenure and promotion and staying at Utah for 50+ years. He and his gracious wife Marilyn had us over to a nice evening dinner at their house on several occasions. Christine and I fondly remember Wes and he will be greatly missed.” 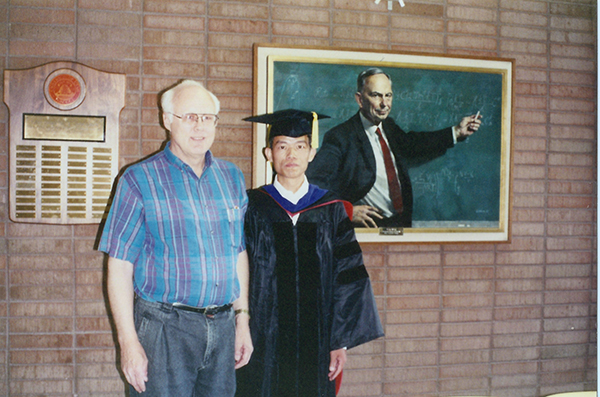 “I took a spectroscopic course taught by Professor Wesley G. Bentrude and became his PhD student (1989 - 1992), focusing on conformation analysis of phosphorus containing heterocycles and Postdoc (1992 - 1995), studying phototransformation of allyl phosphites to phosphonates. The knowledge I gained under the direction of Dr. Bentrude had set a solid foundation for me to grow in my scientific career. Moreover, Dr. Bentrude’s kindness had greatly influenced me as a person.  I still remembered when I mentioned in his group meeting that I was encountered a little surprise on a Christmas Day: A “Merry Christmas” message popped out on the screen when I turned on the UV spectrophotometer in the lab, which made me very happy. Dr. Bentrude smiled at me and told me that I could take a day off in Chinese New Year. This was one of the little things that reflected Dr. Bentrude as a role model in diversity and inclusion, which I really appreciated and remembered forever.”  Photo courtesy of Yande Huang 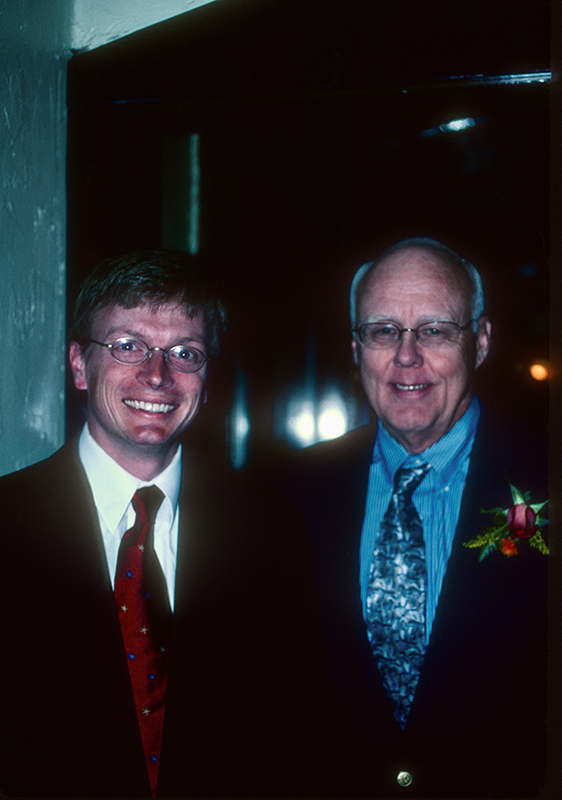 “It is an honor to write a tribute to Wes. Professor Wesley G. Bentrude was my Ph.D. advisor from 1990 to 1995. He was a widely respected and recognized leader in physical organic chemistry, notably in phosphorus chemistry and mechanisms. At the same time, he was one of the most decent people I have ever known. Over the years, I have met a number of people who have also worked or collaborated with Wes. Their praise was universal, describing Wes as a thorough gentlemen, a wonderful person, and someone who cared deeply about his group. I was often reminded of how lucky I was to have worked with him. I do feel very truly fortunate to have worked with Wes. His technical guidance, especially his deep understanding of thermodynamics and kinetics, has been invaluable in my career. In addition, Wes has always served as a model of who I would like to strive to be. I regret very much his passing, and wish I had seen more of him since leaving the U of U.”