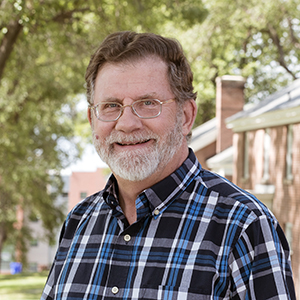 Professor Michael D. Morse received the William F. Meggers Award for his contributions to spectroscopy via his research focus on the electronic structure of small transition-metal molecules.

“The field of spectroscopy has been significantly impacted by the research contributions of Michael Morse.” - 2019 OSA President Ursula Gibson.

Research in Professor Morse’s group is directed toward understanding the chemical bonding and electronic structure in metallic and semiconductor systems by detailed spectroscopic investigations. This research makes extensive use of laser spectroscopy through laser-induced fluorescence, resonant two-photon ionization, and photodissociation action spectroscopy of mass-selected cations. In many of these experiments, metal or semiconductor atoms are ablated from an appropriate target in the throat of a pulsed supersonic expansion by a focused laser pulse.

Condensation of the atomic species then occurs in the high pressure region downstream from the point of vaporization. Expansion into vacuum cools the molecules to a few degrees Kelvin, then isolates them from further collisions as the pressure drops. Farther downstream, a variety of spectroscopic experiments are performed, aimed at understanding the molecular structure (both electronic and geometrical) of the small metal and semiconductor molecules.

Established in 1970, the William F. Eggers Award is presented for outstanding work in spectroscopy. It honors William Eggers for his notable contributions to the field of spectroscopy and metrology, and was endowed by the family of William Eggers, several individuals and a number of optical manufacturers.