Work by Heemstra Group and Collaborators Featured on JACS Cover

Next-generation sequencing (NGS) has proven to be an exceptionally powerful tool for studying genetic variation and differences in gene expression profiles between cell populations. However, these population-wide studies are limited by their inability to detect variation between individual cells within a population, inspiring the development of single-cell techniques such as Drop-seq, which add a unique barcode to the mRNA from each cell prior to sequencing. Current Drop-seq technology enables capture, amplification, and barcoding of the entire mRNA transcriptome of individual cells. NGS can then be used to sequence the 3′-end of each message to build a cell-specific transcriptional landscape. However, current technology does not allow high-throughput capture of information distant from the mRNA poly-A tail. Thus, gene profiling would have much greater utility if beads could be generated having multiple transcript-specific capture sequences. Here we report the use of a reversible chain blocking group to enable synthesis of DNA barcoded beads having capture sequences for the constant domains of the T-cell receptor α and β chain mRNAs. We demonstrate that these beads can be used to capture and pair TCRα and TCRβ sequences from total T-cell RNA, enabling reverse transcription and PCR amplification of these sequences. This is the first example of capture beads having more than one capture sequence, and we envision that this technology will be of high utility for applications such as pairing the antigen receptor chains that give rise to autoimmune diseases or measuring the ratios of mRNA splice variants in cancer stem cells. 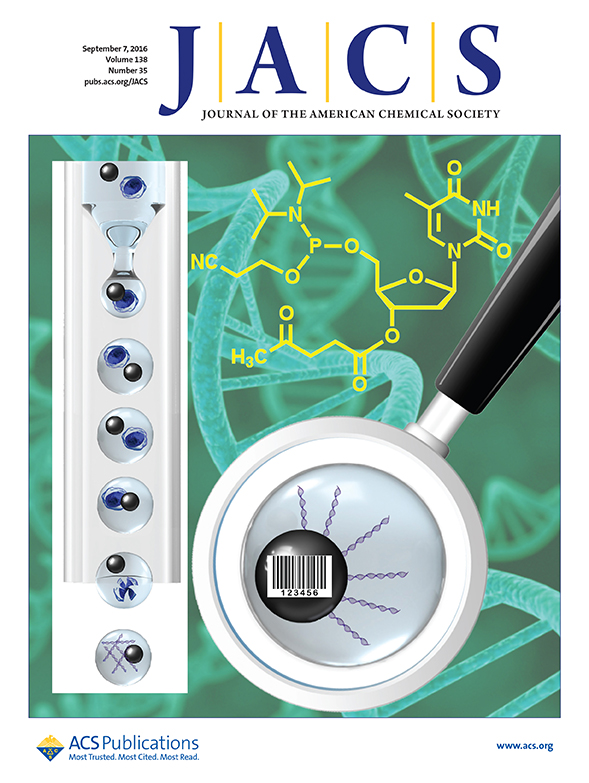