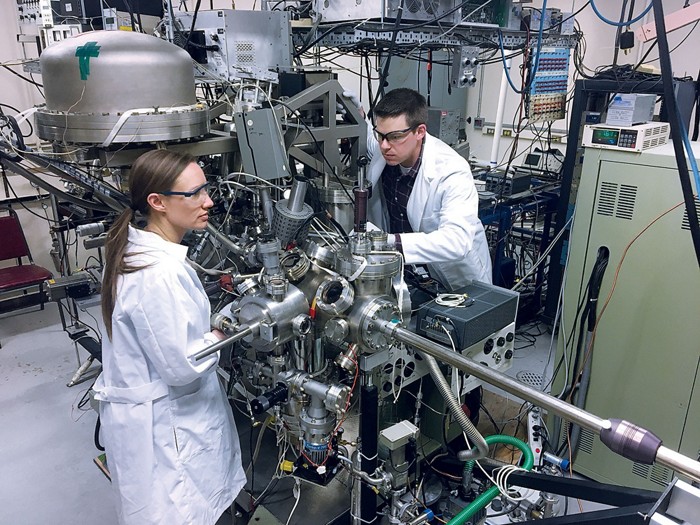 In the April 30th edition of C&EN, an article on cooling jet fuels showcased Scott Anderson and his team and their research using ethylene dehydrogenation to minimize coke buildup during the heat distribution process.

"The bulk of research in endothermic fuels focuses on cracking chemistry typically mediated by zeolites. But there are other promising options. Dehydrogenations, for example, can also soak up a lot of heat, and platinum catalysts drive those reactions enthusiastically. The problem is, platinum’s activity tends to fall quickly as coke accumulates and blocks the catalysts’ active sites.

To understand why that happens and how to prevent it, Scott L. Anderson of the University of Utah and Anastassia N. Alexandrova of the University of California, Los Angeles, decided to focus on a model system: ethylene dehydrogenation on size-selected platinum clusters containing just a few atoms. The researchers chose that system because it could be analyzed in great detail computationally and they had experience making and probing the clusters experimentally.

The team knew from earlier work that Pt7 clusters are more active in this reaction than clusters with four or eight platinum atoms but that Pt7 deactivates more quickly than the others via coke buildup. So the researchers experimented by modifying the clusters with boron or tin. These tweaks weakened the clusters’ affinity for ethylene and reduced the catalyst’s propensity to become fouled with coke. It follows then that a well-designed catalyst could dehydrogenate an alkane fuel and release the alkene product before it undergoes subsequent coke-forming dehydrogenations (J. Am. Chem. Soc. 2017, DOI: 10.1021/jacs.7b05894)."