The 2022 ACS Utah Awards saw three awardees from the University of Utah.

In 1958, the Salt Lake Section of the ACS established the Utah Award to honor Utah's chemistry community. The awards recognize outstanding contributions to research, technology, service to the ACS, and chemical education by chemists working in the state of Utah. 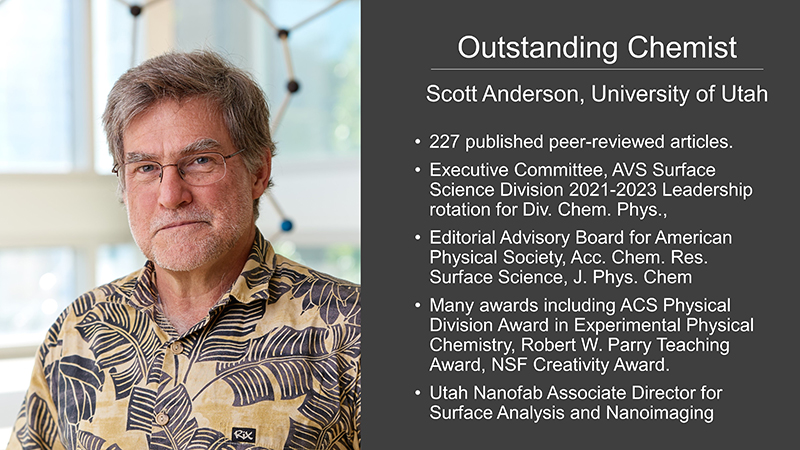 Scott Anderson received the Outstanding Chemist Award in recognition of his contributions to the field. He has 227 published peer-reviewed articles, and has won many awards including the ACS Physical Division Award in Experimental Physical Chemistry, Robert W. Parry Teaching Award, and the NSF Creativity Award.

He has served on the Editorial Advisory Board for American Physical Society, and has been the Associate DIrector for the Utah Nanofab for Surface Analysis and Nanoimaging. He has also served on the Executive Committee for the AVS Surface Science Division 2021-2023. 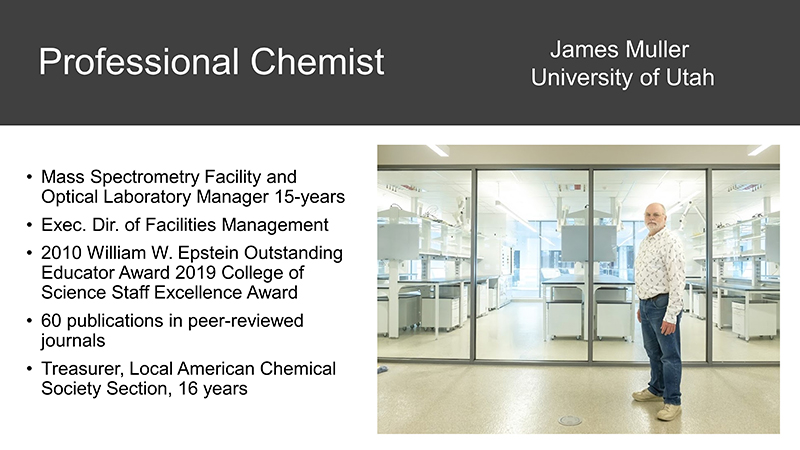 James Muller was awarded the Professional Chemist award. He has spent 15 years as the Mass Spectrometry Facility and Optical Laboratory Manager, as well as serving as the Executive Director of Facilities Management.

He won the 2010 William W. Epstein Outstanding Educator Award, and the 2019 College of Science Staff Escellence Award at the University of Utah.

He has 60 publication in peer-reviewed journals and has been the Treasurer for the Local American Chemical Society Section for the last 16 years. 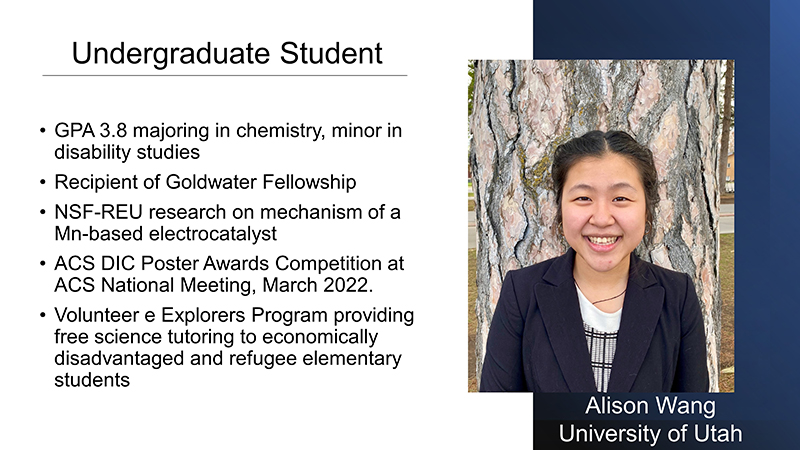 Alison Wang was selected as the Undergraduate Student awardee.

She has a 3.8 GPA while majoring in chemistry and minoring in disability studies. She is the recipient of the Goldwater Fellowship, and offers free science tutoring to economically disadvantaged and refugee elementary students through the Volunteer e Explorers Program. She conducts research with NSF-REU on the mechanism of a Mn-based electrocatalyst and participated in the ACS DIC Poster Awards Competition at the ACS National Meeting in March, 2022.